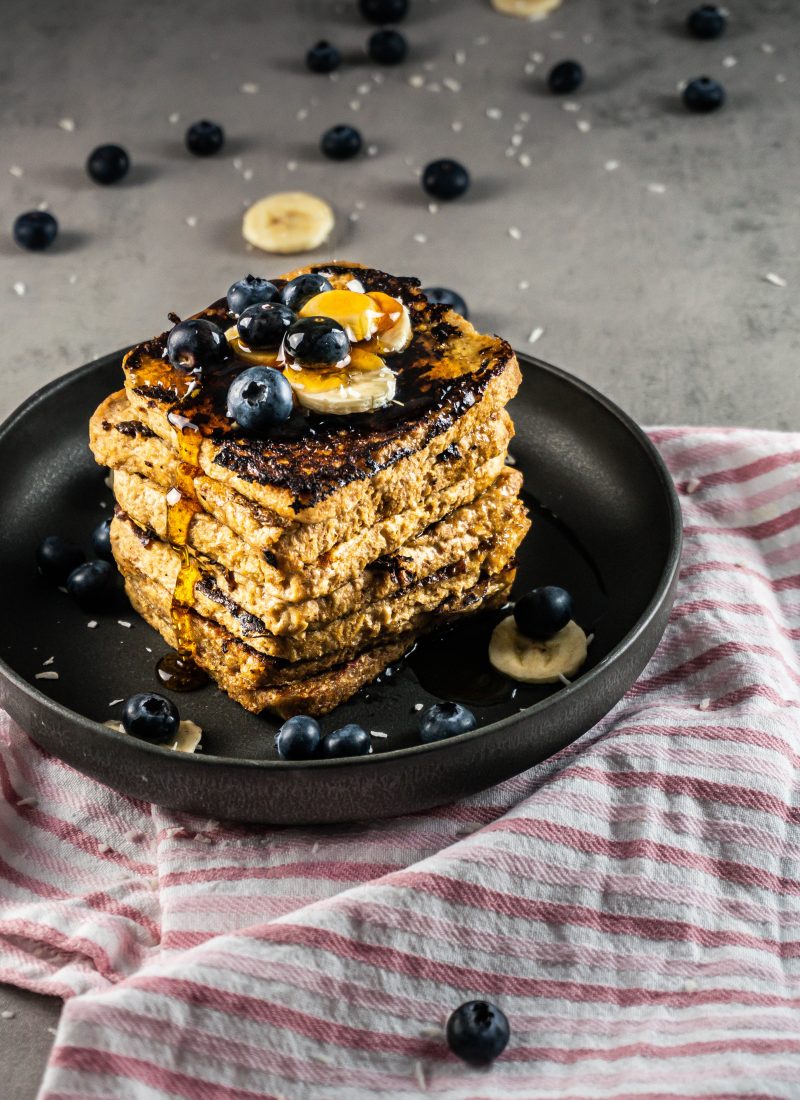 It has been at least a couple of weeks since I posted a brunch recipe, so it is definitely time for another one 🤣 ! What can I say, it is my most favorite meal of the day and I want to provide you with loads of options – both sweet and savory to make this time of the day delicious. And therefore, please welcome my new friend: Cinnamon Banana French Toast.

If you have never come across French Toast – it is basically a very fancy name for a rather easy recipe. You dip bread into a batter of eggs, milk, and (potentially) some sweetness and then fry it off. In Germany we call it “poor knights” toast. I remember my grandmother making this for us one Sunday night when we had nothing else in the house 😂. I am fairly confident that back in the day it was not only a way to use up slightly stale bread (you can use slices that are about a day old for a crispier version), but also make a full meal out of little and easy ingredients.

But that obviously does not stop any of the deliciousness of this dish! I have added a banana to the batter of this Cinnamon Banana French Toast (you tend to add sugar), which adds a really nice sweetness to the dish 🥰. This recipe comes together super easily, is a breeze to make, and requires little to no prep. I love a good brunch dish that ticks all the boxes!!

Why is this Cinnamon Banana French Toast good for you?

Sweet and creamy – most people love bananas. But there is a lot more to them in terms of their health benefits than “just” tasting good. Bananas are great for your cardiovascular health. The first benefit in relation to this is related due to the Banana’s high potassium content. Potassium has been proven to normalize blood pressure levels which supports your heart function. The second benefit is a type of sterol that can be found in Bananas. A sterol is a membrane that occurs in plants, animals, or microorganisms. These sterols look similar to cholesterol and can block the absorption of dietary cholesterol in the body, which keeps our blood cholesterol levels in check. The last cardiovascular benefit in relation to Bananas is fiber. About a third of Banana’s fiber content is water-soluble. Soluble fiber has been shown to lower your risk of heart disease. Bananas are not only super delicious but also a powerhouse for your heart 💚!

Sweet, warm, and so delicious!! I have said more than once that if this blog were not called Life & Lem🍋ns, it would likely be called Life & Cinnamon 😂. But Cinnamon is not just a spice. It also contains some amazing medicinal properties, which are mostly derived from the oils that are found in the bark. Cinnamon does not only have an anti-inflammatory effect but can also stop the unwanted clotting of blood platelets. It also has anti-microbial properties, which have been studied in relation to stopping the growth of both bacteria and fungi. If that were not enough Cinnamon has been shown to have an amazing impact on your blood sugar. It slows down the rate at which your stomach empties after meals, which lessens the rise in blood sugar levels. Whats more, in people with type 2 diabetes, Cinnamon has been shown to improve the ability to respond to insulin, as well as reduce triglyceride, and “bad” cholesterol levels (along with the blood sugar levels that we just discussed). Do you need a further excuse to add Cinnamon onto everything 😉??!

We are using Coconut Oil in this recipe for frying off the Cinnamon Banana French Toasts, because I find that it goes well with sweet dishes and almost enhances that flavor. In case you do not know, Coconut Oil is made by pressing coconut meat out. The unrefined (“virgin”) Coconut Oil variety is usually made from fresh meat, and the refined version is made from dry coconut meat. Coconut Oil also has an antimicrobial effect due to the lauric acid that can be found in it. Lauric acid, as well as monolaurin (a substance our body forms when digesting lauric acid) can kill bacteria, fungi, and viruses. In addition, Coconut Oil is high in a special kind of saturated fat that may communicate to your body to burn additional fat, provide quick and efficient energy to both your body and brain, and increases your “good” cholesterol levels.

How can I adjust this Cinnamon Banana French Toast to my dietary requirements?

This recipe is gluten-free (be sure to use gluten-free bread), and vegetarian. If you want to make it nut-free – the batter totally is, but omit any of the potentially suggested nut toppings. You could make this recipe paleo, by using a paleo-approved bread. Due to the egg used, this recipe is not suitable for vegans.

And there you have it for this week! I hope you enjoy this awesome, delicious brunch recipe! If you are looking for even more brunch ideas – why not try my Blueberry Ricotta Pancakes or, as a savory option my Breakfast Tortillas (seriously, those are always such a hit!). As always, if you do make the recipe I would love to hear from you! You can rate the recipe by giving it a star ranking, leave me a comment below, or chat with me over on Instagram! Happy French Toast making 🤗.

This Cinnamon Banana French Toast is your perfect homemade brunch recipe! Slather with syrup, berries, nut butter, or anything you enjoy! 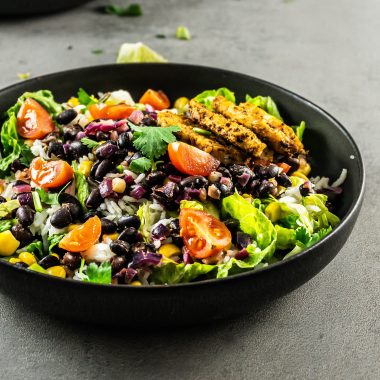 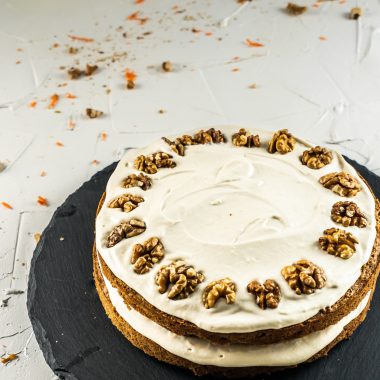