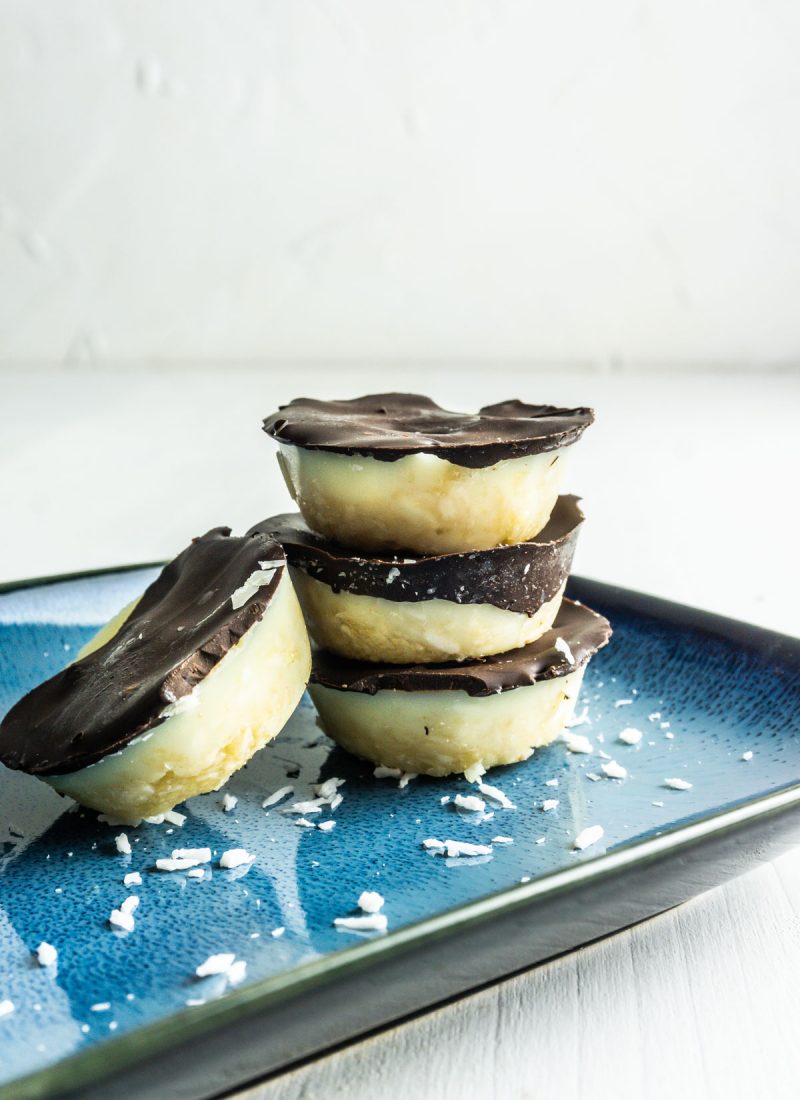 These delicious and small Coconut Chocolate Bites are pure bliss! I do not know about you, but coconut always transports me back to the feeling of a tropical island 🌴🥥. I invented this recipe because I was originally on the hunt for a “healthier” version of a candy bar by a popular name (which, for trademark reasons, I am choosing not to mention 😉). If available in your country, it usually comes in a blue wrapper and tastes distinctly of coconut and chocolate… just like these ones!

What can I say? The first trial was awful and did not taste nice at all. Then I added the cocoa butter, which turned out to be the game-changer for these beauties. The coconut butter made these little bites of heaven delicious and brought them nicely together, whilst not losing the amazing taste of coconut 🥰. These Coconut Chocolate Bites are no-bake, come together super easily and I have been told (without wanting to brag) that they taste better than said candy bar version 😋. Need I say / do more in order to convince you to make these?

Why are these Coconut Chocolate Bites good for you?

I thought I am going to shine a light on this ingredient because it is not just lovely in desserts, but also in skincare products! Cocoa butter comes from the cocoa tree. More specifically, the cocoa beans are roasted, hulled and then pressed. The fat content will come out and ultimately form the cocoa butter. The remainder of the beans is further processed into cocoa powder. Cocoa butter is high in fat and has been used in ancient medicine for thousands of years (and was even treated as currency at one point!). In more recent research, cocoa has been shown promising signs of anti-inflammatory and antioxidant effects, albeit this research is mainly based on the powder.

Maple Syrup is made from the sap of the sugar maple tree. It has been consumed in North America for centuries and most of the global supply is being produced in Canada. If you have ever wondered what your “grade” on the maple syrup means (A, B, or in Germany also C) – it explains the darkness of the sap. The darker the sap, the later in a harvest cycle it has been extracted. It also usually means that the flavor is more “mapley” – my fancy word for intense. Maple Syrup does contain Manganese, Calcium, Potassium, Iron, and Zinc. Studies also indicate that there are quite a few antioxidants in Maple Syrup. Whereas Maple Syrup does not raise your blood sugar levels as quickly as table sugar – be mindful that it is still a form of sugar when consuming.

Due to the nature of this sweet treat, these Coconut Chocolate Bites contain coconut oil, coconut flour, and desiccated coconut. As I have written about all of these ingredients at length in my last few blog posts, I thought I would highlight the coconut as a whole. The raw, white meat inside the coconut can be taken out and eaten fresh. It can also either be processed into slices, shavings, or a desiccated version. Coconut milk or cream is made by pressing the raw meat. When you are drying the meat, it can then be ground into a flour. And finally, when you are extracting the meat you will receive coconut oil.

Pretty cool for such a humble nut, huh?! 😉As you probably know by now, coconuts are mainly made of fat. In particular, they contain MCTs – medium-chain triglycerides. These fatty acids can – to name (just) two benefits – easily be converted by the body into energy and may help with boosting your brainpower, as well as lowering your blood sugar levels.

This recipe is vegan if you are using vegan chocolate. It is also both paleo– and keto–friendly. There are no dietary changes needed for this recipe.

And there you have it for this week 😊. I hope you are enjoying these little Coconut Chocolate Bites – heavenly & deliciousness and are finding utter delight in them 🥰. Go into the kitchen and make them and ENJOY!!

These Coconut Chocolate Bites are little pieces of tropical heaven! They are healthy, vegan, keto-friendly, and best of all there is no baking required! 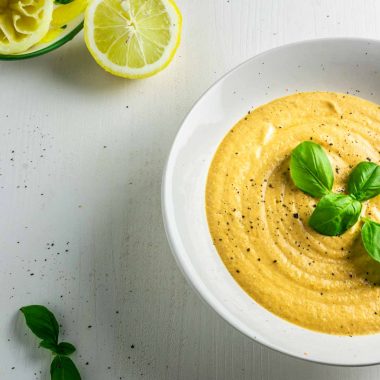 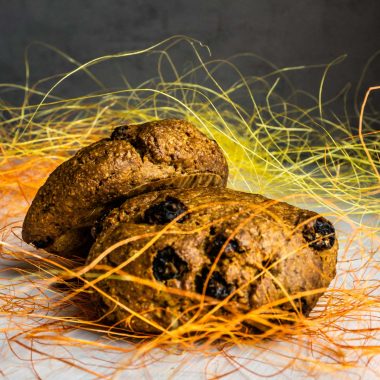