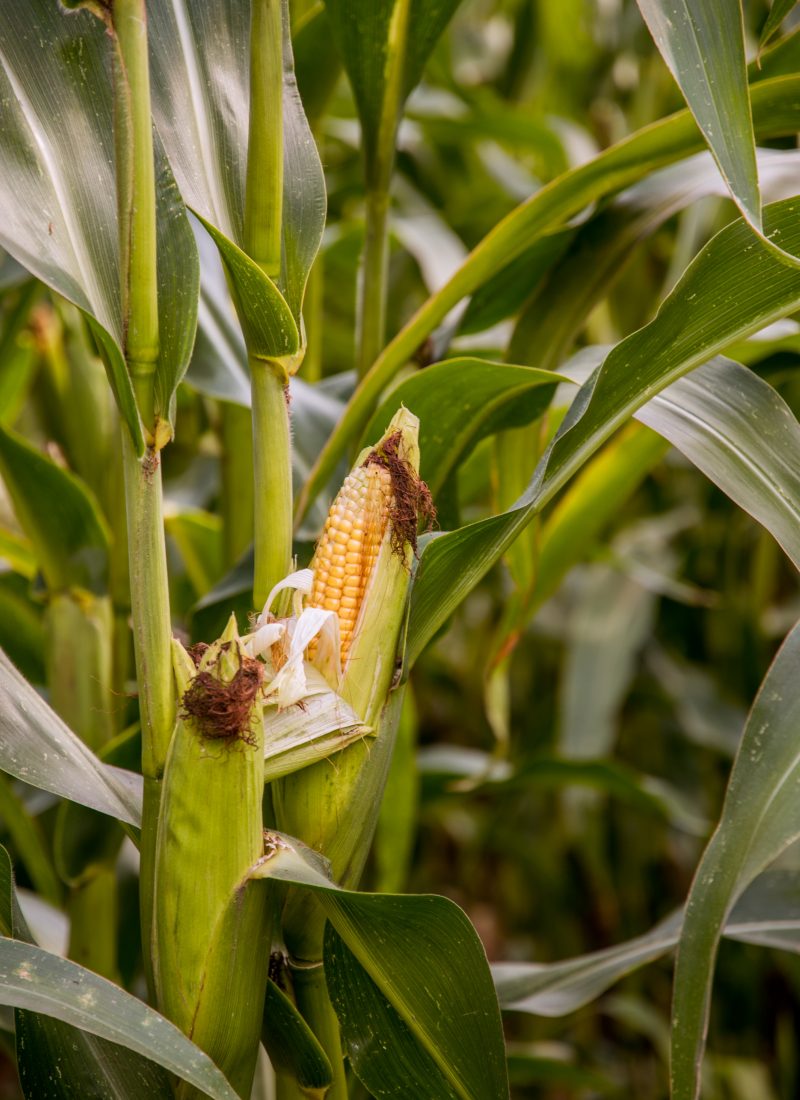 I am publishing a recipe on Friday that contains corn. Therefore, I thought it would be great to start a conversation about genetically modified organisms (GMOs). Why you might ask? It will soon become apparent… read on 😉.

What are Genetically Modified Organisms (GMOs)?

Let us break this down word by word. Genetically refers to the word “gene” or “DNA” of a plant or species. Modified means that said DNA has been changed in some form. Organisms refer to plants or living things such as bacteria and fungi. You may ask yourself – where is the “problem” in changing DNA? Has breeding not done exactly that for centuries? In this instance, genetic modification is a lot more targeted. As said, not only plants can be genetically modified. For example, bacteria have been genetically modified in order to cure illnesses or vaccines. One example is insulin, which is a genetically modified organism, in order to help people who suffer from diabetes.

To genetically modify a crop, scientists insert a gene into the DNA of an organism. This is so tiny that it cannot be seen – even under a microscope. Most of the DNA remains unchanged through this process, but obviously, a change will occur. Once this step has been completed, the organism will be treated with growth hormones to develop. The cell will start to divide and continues to grow. Because of this growth process, suddenly all the additional cells will also contain this genetically modified good because they all stemmed from the same (genetically modified) cell.

Where Are GMOs used?

GMO crops are largely used in the agricultural space and are meant to be resistant to weeds and insects better than “regular” crops. The genetic modification claims to allow crops to be resistant to insects that like to feed on these plants and/or to weeds so that they can resist the pesticides that are being sprayed in order to kill weeds.

What Crops Are Genetically Modified?

Keep in mind that this also means that by-products or products continued as part of this food chain (e.g. corn being turned into corn flour or used as a vitamin supplement or sweetener) will obviously then also contain GMOs.

Why Does it Make Sense to Perhaps Stay Away From GMOs?

You might be thinking: “Actually, this does not all sound so bad”. I can understand why you would think that at this stage in the post. There are a lot of people who argue for GMOs. These arguments largely focus on a macro approach of needing fewer pesticides and being able to yield more harvest for us humans. Whereas I could present you with a different view on those arguments as well, really this post is meant to focus on the individual body and our – individual – health.

To this day, we do not know whether genetically modified foods are truly safe for us but also, we do not have any long-term studies conducted on what GMOs do within our bodies.

Our Human Body Is – Partially – Still a Mystery To Us

We are still in the process of learning about our own DNA and continuing to understand our bodies more holistically (if you think about it, brain-gut research and the importance of gut health have only been around for the last 10 – 12 years or so). So, can we actually be sure that the genetically modified DNA that we are inserting into our bodies does not affect or change our own DNA and may not cause some sort of foreign reaction – a so-called – unwanted consequence that no one currently really knows about today?

When it comes to GMOs you will find a lot of positive research and papers you could likely cite to me. Please keep in mind that a lot of published studies are usually sponsored by large corporations. Whereas obviously, this does not have to always be the case, one can question if a sponsor sponsors a study is whether they then would also like their results to look favorable and in agreement with their already existing company statements. Let us also not forget that a lot of big companies have large marketing budgets in order to send exactly that message.

Genetically Modified Materials May Stay Active in Our Bodies

The little we do know about GMOs is one slightly terrifying factor that genetic material may continue to stay active within our bodies. Basically, you eat the crop, you digest, you eliminate, yet the genetically-modified part “stays behind”. Kind of like an unwanted passenger. And this unwanted passenger is still active and acting within our bodies. Coming back to my previous point about DNA. How do I know that it is not changing my current DNA and creating havoc with it? I am not quite sure whether this is a risk I would personally want to take.

The two examples that come to my mind here are the cigarette industry and the soda industry. It is well known by now, how long the cigarette industry tried to tell us that cigarettes were not bad for us and that they would not cause lung function issues. This was largely done to protect their own profit. It took a long time – a very long time during which the cigarette company already knew that smoking could cancer. Until they finally admitted that it might be harmful to some people. And even then it was largely blamed on the individual, because they were addicted to smoking.

Sounds familiar? The same goes for the soda industry where one drink can totally be drunk as part of a healthy lifestyle and overall dietary consumption. That these drinks are perfected to make us reach for more, more, and yet more so that we are continuing to not only be on a sugar roller coaster but also on their profit roller coaster is not mentioned. If you would like to learn more, I have written extensively about this in my post Debunking Myths: The Bliss Point.

Are GMOs Allowed in all Countries?

GMOs are not allowed in all countries. Where I live here in Germany and the European Union are one of those. Currently, GMOs are banned in 39 countries globally (you can find the full list here). This also includes plant-based foods that contain GMO crops. What we currently do not know, though, is which animals are being fed with GMO crops. There is, as of now, also no obligation to let us know.

I want to leave it for you this week as I am conscious I have provided you with quite a bit of information. I will follow up this post next week with one on how you can find out whether the products you buy contain GMOs and how you can avoid them when shopping altogether. Beautiful cover photo by Katherine Volkovski on Unsplash.