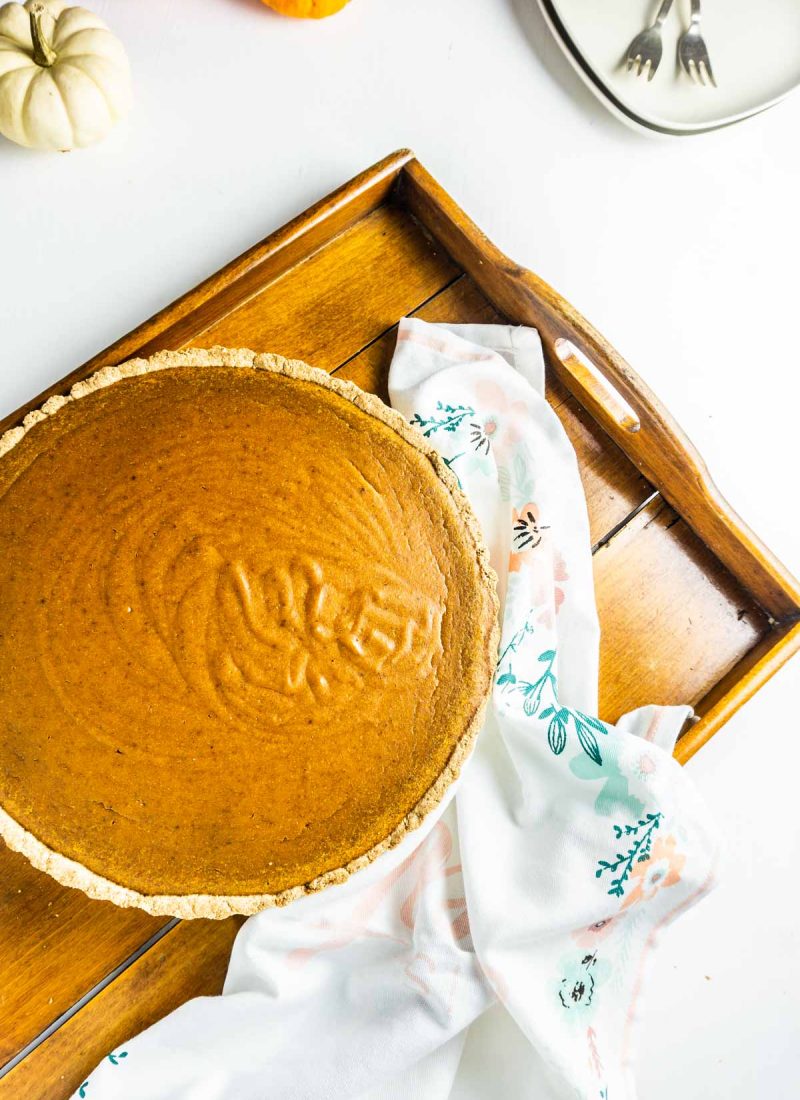 Can you tell that my love for pumpkin is real??! Before I finish my “pumpkin-on-the-blog” for this year’s season (cause we do need to showcase some other great vegetables from time to time 😉), I wanted to leave you with an amazing recipe that will hopefully come just in time for Thanksgiving and the holidays: Gluten-free Pumpkin Pie.

I created this recipe last year and it took me at least six trials to get the measurements and spice mix absolutely right. But boy-oh-boy had I forgotten how good this recipe actually is. I (and the hubster) were very pleased that we had leftovers from the photoshoot to dig into 😉

Fun fact – the tray you see in the pictures is actually my great-great grandmother’s. My “Omi” as I call her gave it to me as a gift. It is super rustic, bend in some places and a bit worn. But knowing that it is almost 100 years old and has been used by at least four women in my ancestry makes it rather special 🤗.

Why is this gluten-free pumpkin pie good for you?

I feel like I have spoken so much about the health benefits of both pumpkins and why I love it in my last couple of posts that I do not want to repeat myself. You can learn more about it in my Baked Spiced Pumpkin recipe or in my Pumpkin Puree recipe.

Coconut oil is a healthy, saturated fat. It is a medium-chain triglyceride fat, which basically means that it can be absorbed more easily and readily by the body (because it gets broken down quicker). This also allows your body to use this kind of fat as an immediate source of energy in the liver. Coconut oil also contains properties that make it both anti-bacterial, anti-viral and anti-fungal. This helps your body to prevent and fight off infections.

In case you had not noticed, this is probably one of my favorite spices and one I use almost as often as lemon 😉. Cinnamon does not only taste fantastic – it also a range of health benefits! Cinnamon is made from the inner bark of cinnamon trees. When this inner bark dries, it tends to curl, which leaves us with cinnamon sticks. Cinnamon powder is nothing else than the sticks being ground up. Cinnamon is loaded with antioxidants and also a powerful anti-inflammatory. This means that cinnamon protects us not only against damage from free radicals but also chronic diseases and illnesses. Additionally, cinnamon reduces our bad cholesterol whilst raising the good ones – thereby protecting our heart and aiddng to our long-term health.

This spice – to my personal taste – can be a bit overpowering if used in too great a quantity. However, in the right doses, it greatly enhances dishes and even draws out and enhances the other flavors. Cloves contain quite a lot of Maganese, which is important for our brain, nervous system, and bone health. Cloves also contain antioxidants, plus they have an anti-microbial effect. This means that they can stop the growth of microorganisms, such as bacteria, in our bodies.

Prep for the recipe: Please read before starting 🤗

There are three things that I wanted to call out before you are making the recipe: 1. You will need pumpkin puree for this recipe. You can either store-buy this or if you live in Europe you will likely have to make it. I have linked the recipe for you. 2. You will need the fat (just the fat) of one can of coconut milk. Simply pop into the fridge for a minimum of 24 hours. Once you open the can the liquid and solid part will have separated (with the solid part being on top so you can easily scoop it out.

And there you have it for this week 🤗. This gluten-free pumpkin pie is truly amazing and I am hoping you will enjoy it as much as we do!! Should you make the cake, please let me know in the comments below and over on Instagram under @life_and_lemons_foodblog and with the #lifeandlemonsfoodblog. Happy baking and eating!! Also, if you need more pumpkin inspiration – give my Chewy Pumpkin Spice Chocolate Chip Cookies a try!

This pumpkin pie is the perfect dessert to finish off a meal. The filling is velvety and creamy, whilst the crust adds a perfect crunch. Simply delicious! 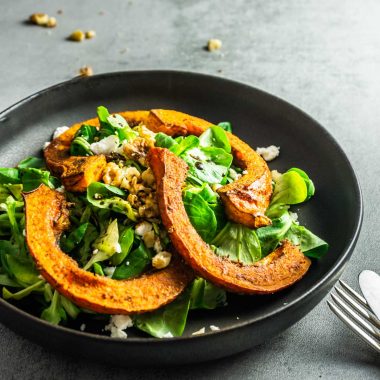 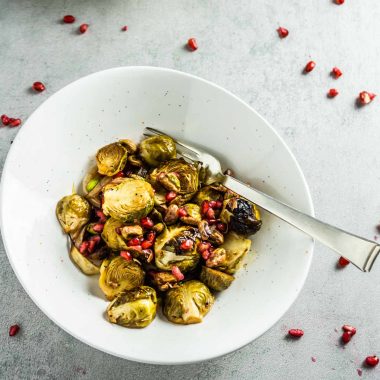