Sides, Dips and Everything in Between

As said in my post for German Red Cabbage (Rotkohl), this year for the holiday season I am bringing you classic recipes that are executed really, really well. And the second one in our blog “series” is something that should not be missed around the holiday season. A Tasty Vegan Mushroom Gravy.

Just look at that shine on that gravy!! I did not edit this in – it is just light hitting the sauce 🥰. Absolutely beautiful (and honestly, if you could taste it – even better 🤣). This Tasty Vegan Mushroom Gravy comes together super easily and does not taste overpoweringly of mushrooms. But, in the absence of fat from a piece of meat (which is how gravy usually comes about), we have to add loads and loads of umami flavors in order to achieve similar levels of depth and flavor. It is the reason why you may find the list of ingredients on this dish a bit random. Trust me though – it works and the taste will not disappoint 😋!!

Why is this Tasty Vegan Mushroom Gravy good for you?

These little gems are not just utterly delicious. They are also a nutritional powerhouse! Albeit technically fungi, mushrooms are considered a vegetable for the purpose of culinary cuisine. They are rich in Vitamin B1, B2, B3, B5, and B9. Vitamin B2 (also called Riboflavin) supports the conversion of fuel into energy. This process is important for our cell metabolism. Vitamin B3 (also called Niacin) is important for your body in order to support your digestive and nervous system, as well as skin health. Vitamin B5 (also called Pantothenic Acid) is needed for your fatty acid metabolism. That in and on itself is already quite impressive for such a small guy… but the list does not stop there!

Mushrooms are loaded with antioxidants, among them selenium, Vitamin C, and choline. But a lot of mushrooms also contain two special kinds of antioxidants, called ergothioneine and glutathione. These two antioxidants are highest in Porcini mushrooms, but still absolutely present in the more common button and champignon varieties. At the moment, these antioxidants, especially combined, indicate to be able to slow down physiological stress and can therefore make us look younger. Mushrooms are also an awesome prebiotic, which stimulates the growth of gut microbiota. Ultimately, this strengthens our overall gut health. Gut health comes with a whole host of benefits, including, but not limited to a strong immune system. There is also emerging research into mushrooms as being a beneficial contributor to neurodegenerative diseases (such as dementia and Alzheimer’s). The plant compounds in some edible mushrooms may have a positive effect on our brain cells. Not too bad, huh?! As with everything – eat a variety in order to amp up all these amazing benefits 🤗.

How can I prep this recipe in advance

There are several options to prep this dish in advance. First off, you can fry off the onions and mushrooms and store them separately (be sure to also keep the water from the mushrooms, if you choose to use that). You can also fry off the onions and mushrooms, as well as blend all the ingredients. Keep in an airtight container and only heat last-minute in order to the sauce to thicken up a bit 🤗.

This recipe is naturally gluten-free, vegetarian, vegan, and nut-free. For a paleo-friendly version, simply swap the tamari for coconut aminos.

And there you have it 🙌🏻!! A beautiful sauce that will pair perfectly with a lot of dishes over the holiday period. Please let me know how you are liking the recipe, both over on Instagram and in the comments below. Happy cooking!!

This Tasty Vegan Mushroom Gravy is everything you are expecting from a gravy sauce whilst being both vegan and paleo-friendly. 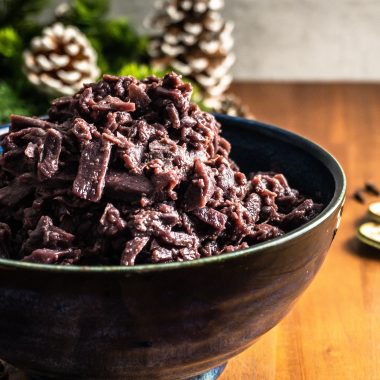 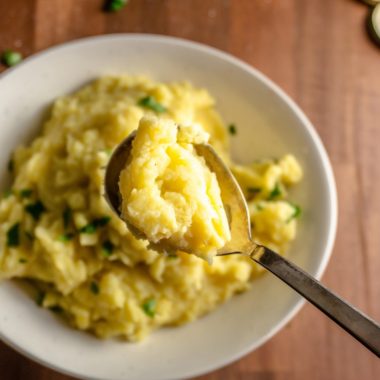